First Time Traveling to Amritsar – Things To Do, See, Eat

Traveling to Amritsar for the first time? Here's a quick list of experiences you should put on your bucket list

I love Amritsar! Its been around 2 years that I am back in my city and every time I go to my tours with travelers to show them the spectacular places and the hidden gems, I am amazed by the beautiful sights and people I come across, not to mention the amazing vibes.

It has been my dream to see Amritsar on the top of the world travelers’ bucket list and I am overwhelmed to see so many families, couples & solo travellers wandering around my city. I have been asked many times about all the things a first-time traveller can do in the city. I have narrowed down the following to create a balance of the amazing things to do, places to see and food items to eat. If you are travelling to the Amritsar for the first time, this one is dedicated to you it includes a balance of travelling and eating as you would be already knowing Amritsar is famous for the food and foodies are always welcome aboard with us, you can check out top street food itinerary, Amritsar has much more to offer you in terms of taste. 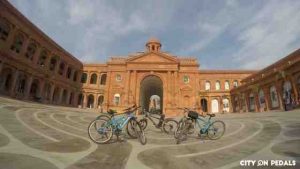 This museum reveals a part of the history of India’s freedom movement. It is organized according to the chronological order of the various events that unfold from the time the agreement to split British India into Hindu and Muslim dominions. This will take us through the chilling ride of sufferings of families, loss of jobs and various ugly side-effects of the partition. The Partition Museum used audio-visual media, digital prints as well as personal effects of Partition survivors to tell their stories. 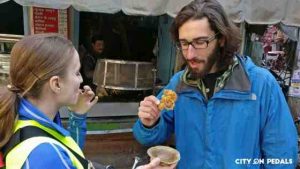 You are going to remember all the sweet memories of this place for your lifetime. Gurdas Ram Jalebiwala (Jalebiwala means the one who sells jalebi) is one of the oldest shops around the Golden Temple. They are selling Jalebi, an Indian dessert consisting of saffron-coloured coils of deep-fried batter dunked in sugar syrup. The street crossing has also been named after them as a result of their popularity. It is very sticky and a delicious way to kill yourself.

Pro tip: Get a small portion of 20 Rupees initially and try a bite. It might be extremely sweet for you

The name is attributed to the owners of that land during the early 1900s. In the year 1919 on 13th of April, the British Indian Army headed by Brigadier General Dyer began shooting at the crowd gathered in the garden (or bagh) without any prior warning. In desperate attempts to save themselves, some people jumped into the solitary well and many died at the narrow passages and gates. According to some sources, there were nearly 1526 casualties with over 1650 rounds of firing You will still be able to see the walls that have bullet marks and the “Martyrs Well.”

Pro tip: Locate the sundial along the path on the left towards the main temple building

Pro tip: There are 2 main ceremonies called the Palki ceremonies related to carrying of the holy scripture. The scripture is gracefully placed in the main temple at 04:30 and is carried back to their sleeping place at 21:30. The main temple area is closed after the night ceremony but you can still walk around inside the temple complex.

Pro tip: Do not forget to visit the Langar hall that serves up to 5000 people at a time and devour the holy food and walk through the holy kitchen that cooks for nearly a 100,000 people a day.

Take a stroll through the narrow bylanes of the old city

Amritsar, you mystical beauty! ❤ We have travelled to many countries and seen many places! But we haven’t seen such exquisite narrow streets and by lanes anywhere in the world. The old heritage city of Amritsar is an exclusive, magical labyrinth that everyone would love to get lost in.

During the time of Maharaja Ranjit Singh, Amritsar was fortified and most of the people lived in the limited walled city. Everything from horse bells to kitchen utensils, wheat to intricately designed wooden closets were available inside the walled city. The streets were wide enough for people to walk around, enjoy sights and shopping in the colourful bazaars. As the city population grew, many local buildings started to rise vertically and it went for long until people started to move out of the fortified city.
The streets are now packed with bikes and cycles parked sideways (and sometimes on the way!), leaving very little space for anything to pass through. The streets are so narrow that they don’t get to see the sunlight due to high buildings/houses around. And that’s the beauty of this whole place. It’s just so beautifully chaotic and has been fascinating for many travellers who have bicycled with us in the narrow bylanes of the heritage city. 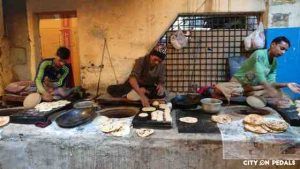 Time to fuel yourself from a century-old Amritsari Restaurant. Eating here is the only way how you can claim that your Amritsar trip was completed. The queues for this place can be overwhelming. But once you have secured your sitting place, just order the full thali and submit yourself to the saint level deliciousness of the food you are going to munch on. You may also try a phirni, a dessert that is made of milk and rice and is served cold.

Pro Tip: Do not forget to visit the kitchen and check out the big pot from where that Godly Dal Fry came from that was being cooked specially for you for the last 12 hours. Staff is friendly and you can take their pictures, but they won’t stop doing their work for the snap. 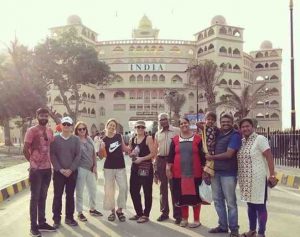 This is the only open border between Amritsar and Pakistan and is located at nearly 30 km from the city centre. What’s so special about this place is the ceremony of Beating Retreat and Change of Guards. This gets outrightly patriotic during the middle of the ceremony.

I have had many friends who have attended the ceremony and their unanimous reaction was “Wow!”

The places mentioned earlier are close to each other and you can also walk or take an electric tuk-tuk. For Wagah border, you may need to hire a Taxi, tuk-tuk, or take the Hop On Hop Off bus.

Pro Tip: If you are a foreigner, show the guards your passport and they will let you skip the crowd and enjoy the whole ceremony.

There are some other places that you might also want to visit in case you have more time. I recommend the Durgiana Temple, Maharaja Ranjit Singh Panorama.

I didn’t want to overwhelm (yet) with all that Amritsar has to offer. I have compiled a collection of nearly 100 different places and things to do in Amritsar and I will be writing about them in the coming few days.

Let me know in the comments sharing your experiences with the places above.